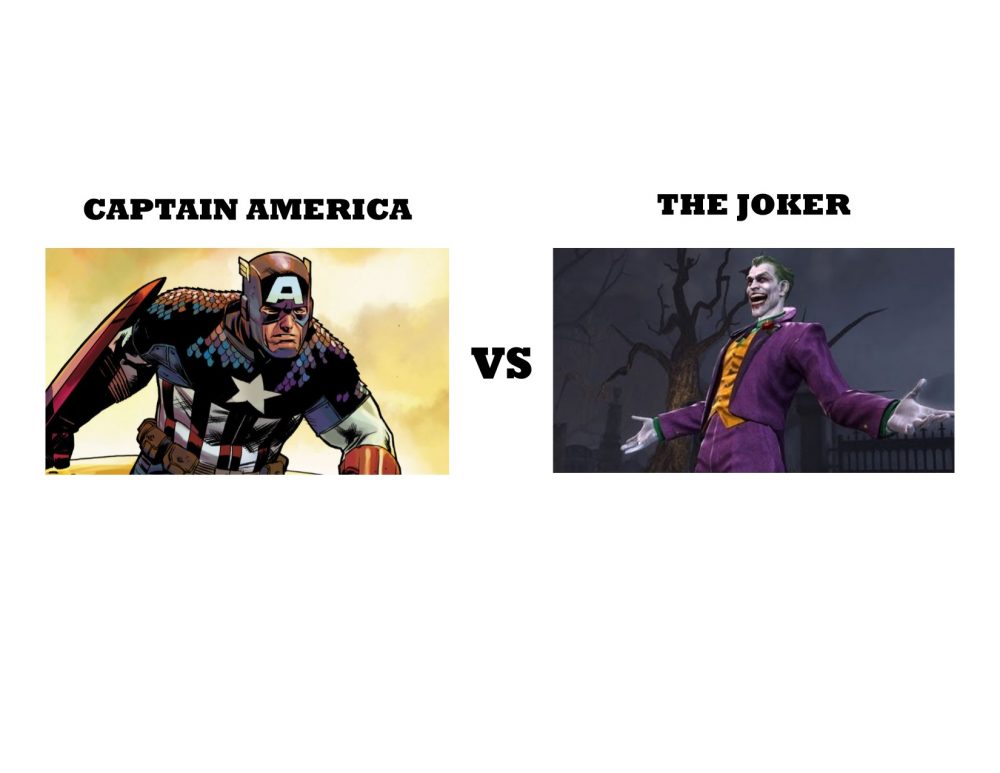 Through out time the battle of Good vs Evil had taken its toll on all mankind. Destruction of the lines of what is good and what is evil have long faded into darkness. Sitting deep within the walls of his castle Dr. Doom plots his revenge against the group known as The Avengers. When a sudden loud knock echoes thru the castle, opening the door all that is there is a package. Sensing the power within Dr. Doom knows how to defeat The Avengers and all that oppose him. Opening the package he looks upon the Infinity Gauntlet. He shall us the power within to transport all good and evil across all time and dimensions to one place for a final battle.

Little did he foresee the chaos of getting all evil into one place, one super villain emerges and gains control The Joker takes his place on his throne as the crowned prince of evil.
The hero’s after many hours of debating Captain America takes lead and sends the mightiest of hero’s to help the destruction of all that is good.

Game 1: Henchmen Vs Police: Battle for a HQ:
With a chill in the air The Joker sends the peons “I mean henchmen” out to secure a base of operations. Wanting to have the advantage over the villains, Captain America gives the order for the police to meet the henchmen head on.
No markers on field barrel tags only, Far far away field. Single elimination. Winning team gets choice of permanent HQ for rest of game.

Game 2: First battle: superhero and villains arrive:
(Villains win) forcing the police to retreat the villains know its time to attack in full force, The Joker sends out all forces to destroy the rest of resistance of heroes
(Hero’s win) after pushing the villains back and forcing them to retreat into the underbelly of the city, it is time to regain the peace.
Capture the flag: center field. Unlimited responds

Game 4: Second battle: Intelligence Recon:
A mole in both HQ’s have stashed Intel on weakness of the HQ’s and weakness of the heroes and villains.
CD game: Both teams have to locate their stack of CD’s and return them to a cache point. You cannot move the other teams stack but can raid the other teams cache. There will be 4 different stacks at midfield (2 stacks for each team)

Game 5: Fourth Battle: The end game.
The battles have taken its toll on both sides. The Joker calls for “the killing joke” nuke to be placed and set off. The mole has leaked his final Intel and Captain America sends the location that the nuke has been placed.
Bomb game: The villains have planted a bomb and the Heroes have to reach it and deactivate at it before time runs out.

Posted In
Tags
About The Author