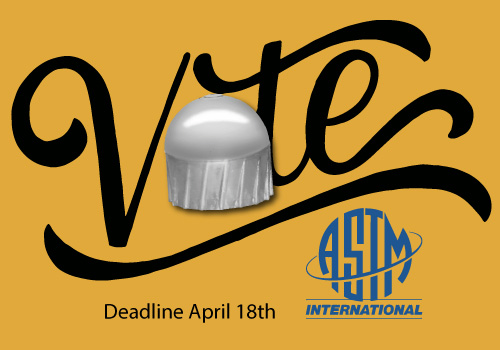 The insurance company everybody loves to hate posted an email online on Tuesday asking for input from the player base, “both pro’s and con’s”, in order to vote on a ballot with the ASTM. The ballot is for allowing insurance carriers to specifically cover FSR’s at the cost of higher insurance premiums. In turn, these costs could be passed on to players in the form of higher registration costs, higher prices for FSR’s and/or a separate registration fee to use FSR rounds on the field.

In the email they claim that the testing done thus far isn’t representative of real physics due to the fact that a metal impact plate is used to measure impact force. Instead they offer up a video where someone in their backyard tests FSR’s at 200fps, 300fps and 375fps from a distance of 5 feet. More on that in a bit.

The part of the email that I’m most curious about is the fact that they have had several insurance claims regarding First Strike rounds. Knowing how fast information spreads throughout the paintball community any serious injuries would be like wildfire. Instead a cursory good search for “First Strike injuries” the most prominent result is a forum post at SouthWest Regulators paintball team forums complete with a few pictures of the injury. Mostly, though, it talks about welts worse than a regular paintball and urging caution and no close combat with FSR’s.

If you or anyone you know has been seriously injured by an FSR, I would love the opportunity to chat with you about your experience and how you feel going forward. You can contact me by sending an email to contact@paintballtech.net.

Now back to that video. On several Facebook posts where this was shared, quite a few people took issue with the fact that the ‘testers’ shot the FSR at 375fps. When testing anything for safety, you always test it to its maximum extremes, so to see what the FSR could potentially do is very sobering. No sane player will ever fire any paintball at those velocities, but as tanks and markers warm up and change throughout the day, the potential to shoot hot is definitely a possibility. What I would have like to have seen, though, is a regular paintball shot at that velocity right next to it for a better comparison.

The other factor in the video is the distance. 99% of players that I know who use FSR’s on the field know and understand that they are l o n g  r a n g e projectiles, never to be used in close quarters. That doesn’t preclude the unfortunate timing of a teammate running in front of an FSR user at the wrong time. Again, safety tests cover the extremes for best understanding and to provide the most information for the safest operation of the equipment, and close range is one of those factors that need to be tested.

Tiberius, Carmatech and a few other companies have been working hard with the ASTM in order to certify FSR’s, and the results of these efforts are expected to be published later this year. Although it seems that ASTM testing has found FSR’s to fall within safety ranges of regular paintballs, it has not officially certified the round yet.

Here are the potential options I see moving forward:

Or any combination thereof.

In the end Cossio is a business, and the intent of a business is to make money. First Strike rounds, due to their shell material and radically different shape, threaten their business model. Despite the hundreds of thousands of uses of the round every weekend by players with minimal injuries (paintball, afterall, is the safest sport to play!), Cossio still is afraid of the FSR without the safety blanket that ASTM certification gives. Even when that safety blanket arrives, Cossio is very hesitant to accept the increased risk the FSR brings. So their solution is to pass that risk in the form of cost on to field operators, which in turn will be passed to the players.

If you’re for or against FSR use, email Cossio at info@cossioinsurance.com; the email posted at the link above doesn’t have a specific reply-to address, so be sure to be clear in the subject line and body of the email as to why you’re contacting them. As always, be kind, be respectful and be clear of your intent.