2016 was a busy year for manufacturers, releasing a combined 18 markers, 4 new masks, 6 new loaders and 2 new high tech systems to enhance your paintball experience (or drain your wallet, jury’s still out). In a series of posts we will take a look back at the new gear that came out in 2016, starting with markers!

Markers that just received only cosmetic changes such as colors or minor milling were excluded.

Tippmann was busy this year, releasing 3 new markers in 2016 alone, squeaking out the third one of their new lineup just around Christmas.

A new mid-range scenario marker released in conjunction with the Rip Clip 2.0, this marker is targeting the tacti-cool mid range segment of the market.

Rails automatically means it’s tacti-cool, right? Tippmann basically took a 98C and tossed it into a new AR style shell with rails galore, squarely aimed at the entry level player that want’s to have a more realistic looking paintball marker. 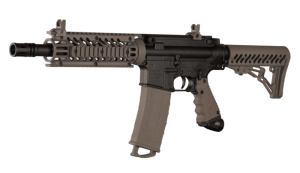 Magfed is experiencing tremendous growth right now and it would be a mistake to not take advantage of that. Enter the TMC, Tippmanns AR style magfed solution. Again based on 98C internals (hey, why reinvent the wheel?) the TMC is aimed at players who want an entry level magfed marker without completely busting the bank.

RAP4 has been busy. Buying Hammerhead Barrels, rebranding themselves as Modern Combat Sports all the while being the most prolific manufacturer in 2016, releasing 5 new markers alone! We already went into deeper detail on each of these markers in this post, so we will keep it brief here.

Released and discontinued in the same year, the Storm is what started it all. 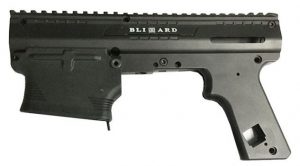 The Blizzard replaced the Storm for players that wanted more flexibility in their markers customization. Both the Storm and Blizzard are based off of 98C internals and variants. 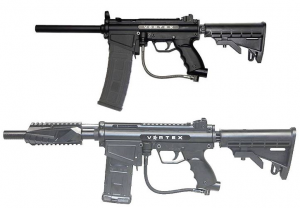 Based on the A5 internals, the Vortex offers a similar upgrade system to that of the Blizzard and Bolt. 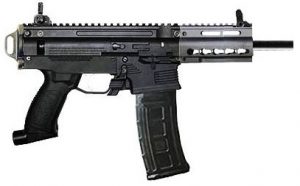 The ever popular X7 Phenom got the magfed conversion treatment in the form of the Hurricane. 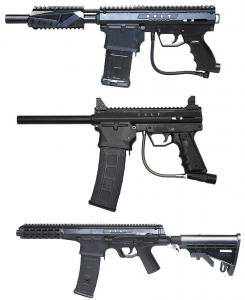 The Bolt is based off of the BT4 line of markers (which in turn was based off of 98C internals – multiple parts can be swapped between the platforms) and is by far the most customizable of the lot (disclaimer – I own a Bolt and am in the process of upgrading it to a Thunderbolt, paid for out of my own pocket).

Dye released a new tourney level marker this year along with a new mask and a new game system. More on those later.

Using the MOS Air computer system, the M2 brings advanced technology to the field. Wireless charging, an updated high def OLED screen, a newly designed Fuse Bolt, an updated ASA, and an improved eye pipe are all hallmarks of the new M2. 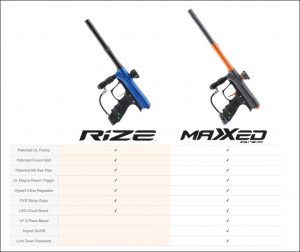 An entry level speedball marker, the Rize uses a Rize Fusion bolt, modeled after the M2’s Fuse bolt, updated low pressure regulator, and a new solenoid round out this package.

The Rize Maxxed is a Rize with a few parts normally found on tournament level markers, such as an on/off ASA, and a 14″ 2-piece barrel.

Planet Eclipse released 3 new markers in 2016, tying Tippmann in release numbers, but failing to catch up to Modern Combat Sports. Each marker is basically an update to an existing platform, improving key factors of each. Can you find the common factor between all three that denote the platform’s been updated?

The GTEK 160R was designed to take advantage of the original GTEK’s Gamma Core spool system, improving performance over the original GTEK. A new, all construction and upgraded OLED display are hallmarks of this new marker.

A different take on the CS1, the CSR went for weight savings that dictated the design, so far as to include a carbon fiber barrel as the default barrel.

Basically a restyled LV1.1 Pro, the LVR has a new body, a DeadlyWind carbon fiber barrel with inserts and an interestingly limited production number.

DLX released an update to their phenomenal Luxe markers with the new Ice line. Hallmarks of this update include a redesigned bolt system, increased efficiency, a new regulator design, reduced weight and profile, a newly redesigned ASA and improved ergonomics.

Like DLX and Planet Eclipse, Dangerous Power released an incremental update to one of their popular markers in 2016.

The G5 Spec R focuses on a newly redesigned trigger system, a new valve system and an updated OLED Profiler Board.

Azodin only released one new marker this year, an update to their popular Kaos marker. 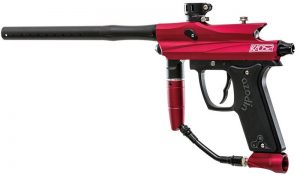 The Kaos II is an update to Azodins entry level marker. This update streamlines the body and offers a bevy of other modernizations players have come to expect of their markers. 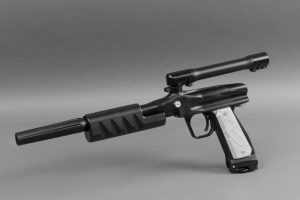 Available directly from ICD, the marker comes only in black and features a gas through grip frame, on/off ASA and an Auto Trigger.

Did I miss anything? Let me know in the comments!

Keep an eye out on our Facebook page later this week for our post on Masks of 2016!

Posted In
Markers, News, Scenario, Speedball
Tags
About The Author