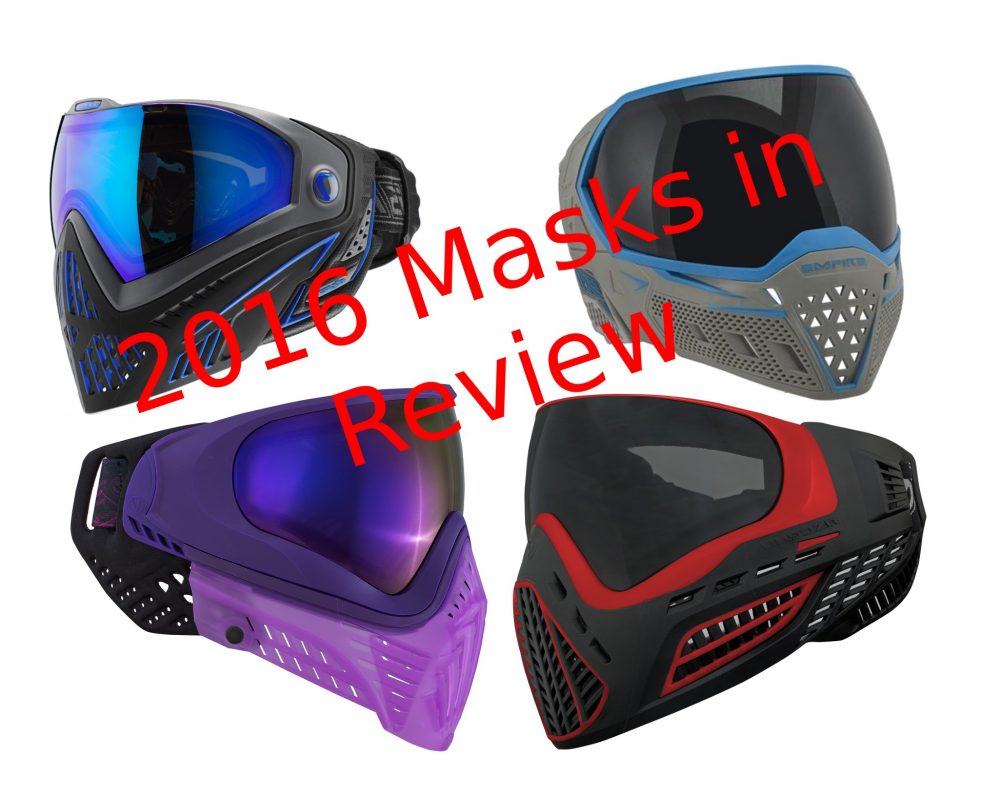 2016 was a busy year for mask manufacturers as well, releasing 4 new masks, with at least 3 more announced that didn’t make it to market before years end. Well 3, as 2 are differentiations of an existing mask. Let’s take a look.

Virtue’s VIO Contour mask is one of the best I’ve ever worn on the field, but as with anything, no one mask is for everyone. Virtue, as a result, has taken their Contour mask and made some changes to target different segments of the market. 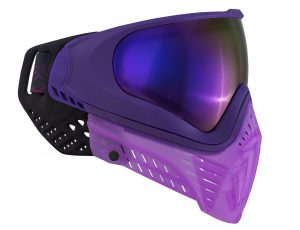 The XS Crystal is the same pattern as the contour, but it is built a little smaller to accommodate players with smaller heads. To help differentiate this line, the lower part of the mask is semi-opaque, hence the Crystal moniker. 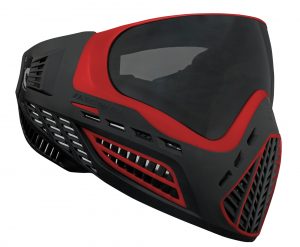 The VIO Contour is an expensive mask with an average MSRP of around $140USD, depending on configuration. The Ascend is Virtue’s mid-level range mask, featuring many of the same features as the contour minus the customization, soft sides and the upgraded strap.

Dye makes excellent products, and their masks are no exception. Their I4, while a bit small for some players, is nearly always highly recommended whenever the question of masks come up. So of course they had to follow it with something even better. 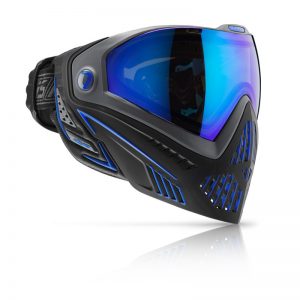 How do you improve on something already so great? You add bells and whistles, that’s what! The I5 has probably my favorite feature, a built in action camera mount. Dye also increased the size of the mask to offer better face coverage in games. If that’s not enough, the I5 was designed to work with Dye’s new game system, syncing over wireless to your Dye M2 marker to feed you information via audio interface. One last big change with the I5 is the change in strap, eschewing the strap and buckle system for a ratcheting strap. I tried it at my local shop and came away impressed. I hope other manufacturers adopt the new strap system.

Empire masks have been well received by players as well. I don’t know their motivation for their next mask, but it came out of left field and took the paintball world by (a weak) storm. 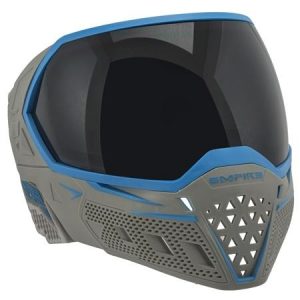 Empire turned their mask styling on its head, dumping their E-Flex and -Event styling for something completely new. It looks more futuristic, more sci-fi than other masks on the market. They backed up the styling with technology too, partnering with Recon Instruments to bring a Heads Up Display (HUD) to paintball. The mask can be purchased without the HUD for those who felt their bank accounts groan.

I always tell new players to invest in a good mask, and with great options like these constantly coming on the market it’s never been better to find a mask to your choosing. I’m excited about Dye’s new MOS Air system and Empires HUD, but due to the added costs of each system it will be a while before we know if they are game changers or wallet drainers.

Did I miss any masks that were released in 2016? Let me know in the comments!

Posted In
Gear, Mask, Scenario, Speedball
Tags
About The Author