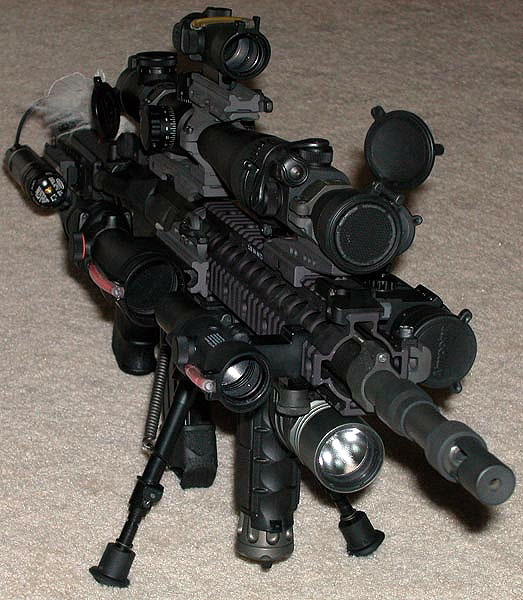 The paintball industry is one of the few modern industries where you can repair or modify your equipment to your hearts content. There is a plethora of drop-in modifications to change certain characteristics of your marker ranging from the purely aesthetic to changing it’s basic functionality.

Despite manufacturers knowing that you’re going to modify your marker, they design each one to meet a specific set of criteria. In order to meet this criteria, sometimes sacrifices have to be made. The higher end marker you go, the tighter the tolerances are; tolerances being the factors that the marker operates in such as input pressure, spring tension, bolt weight and so on.

The Tippmann 98 Custom has a huge tolerance envelope, meaning these factors can swing wildly and it will still shoot paintballs. But even wide tolerances have their limits, and generally once you hit those limits your marker starts failing at its intended function of putting paint on target.

Modifications to your marker usually are tested to operate within its intended tolerance envelope to ensure that they work. Want better velocity? Change the main spring. Or change the barrel, or use a barrel kit. Want better air efficiency? Definitely a barrel kit, but in the 98C you can polish the internal breech in order to reduce the friction (drag) on the bolt.

TechT sells a special hammer called the Mass Reduction Technology bolt, or the MRT Bolt. Couple the bolt with the high velocity springs and you introduce some issues – the modifications combined have pushed the marker out of its tolerance envelope. The 98C is designed around the bolt having a certain mass, and the 98C bolt is a heavy bolt. All else being the same, the MRT bolt is a fine upgrade to increase your markers air efficiency and reduce the markers’ recoil. The high velocity springs are designed with the full weighted bolt in mind. Combining the two means the MRT bolt isn’t heavy enough to push back against a stronger spring and catch on the trigger seer, causing the marker to rapidly cycle until it jams, runs out of air or you stop it.

The 98C isn’t unique in the regard, other markers have aftermarket parts that affect one or multiple facets of its operation in the name of “improved performance”. Combining the wrong modifications together could very well push the marker out of its tolerance envelope and introduce a variety of issues.

Don’t be discouraged but this, though. Modification is a fun and fascinating part of being a paintball player! Just don’t go and pile every modification on or in it that you can, you’re just setting yourself up for a headache if you do.

Posted In
Gear, News, TechShop
Tags
About The Author