There were 18 new markers that came out in 2016, thankfully the manufacturers saw fit to release a combined 5 new loaders to feed those hungry beasts.

As with the markers, loaders that received simple cosmetic updates were not included in this post. 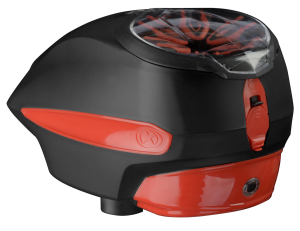 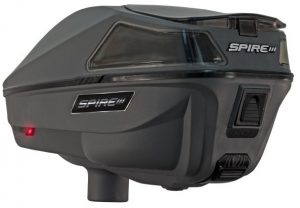 Continuing the advanced technology theme that 2016 seems to have followed, the Spire III has a basic computer on board that can sync with your smart phone. Right now the tech is limited to firmware updates, but the ability to make adjustments with the Android or Apple IOS app are coming down the road. If that’s not enough to buy it, the Spire III has a 230 round capacity, a cool spring loaded ramp to further encourage your paint down to the rotor, support for brittle paint and toolless disassembly.

Base Paintball is a company in Finland that partnered with Virtue to bring their products to the US market. 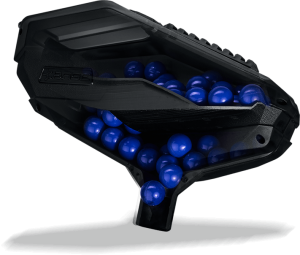 One of their products is a gravity-fed (aka shake-n-bake) non-powered hopper. Two things make this hopper unique from all others, it has an integrated picatinny or weaver rail on top (though at a sharp angle, don’t know what use, if any it would actually be) and an internal shelf to “reduce friction” on paintballs inside the hopper. 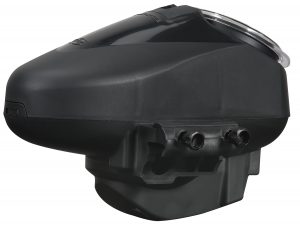 With Empire and Tippmann being part of GI Sportz now, not sure where to credit this hopper to. It’s an update to Empires original BT Rip Clip using Halo internals. But this update was packaged with the Tippmann Stryker paintball marker when it was released towards the beginning of 2016. For the uninitiated, the Rip Clip had a separate hopper from the motor section, and hangs off the side of BT markers, as well as 98C’s (with appropriate adapters). Version 2.0 eschews the separation for a lower profile integrated hopper and motor. Version 2.0 also changed out the Halo system for the VLocity engine, added eye sensors and switched to a more modern toolless disassembly.
HK Army

HK Army came out with their own loader in 2016 as well, squarely aimed at tournament level players. 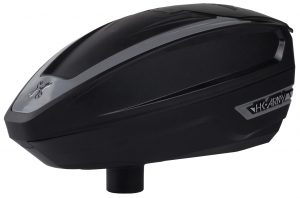 The TFX has all the features we have come to expect in a modern loader. 216 round capacity, toolless disassembly, removable trays, speed feeds and so on. Comes with a cool hard shell case to boot!

Valken’s new loader didn’t make it to market in 2016, so wasn’t included in this list, but it is expected mid-January.

Did I miss any loaders from 2016? Let me know in the comments!

Posted In
Featured, Gear, Loaders
Tags
About The Author