Got my TiPX Working Again 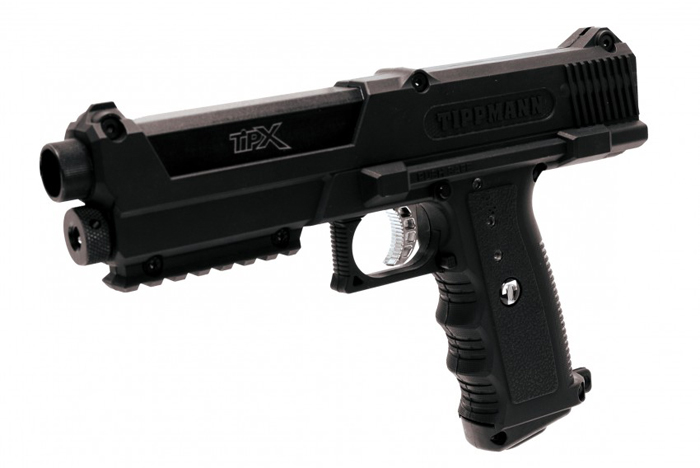 On Friday I grabbed my gear, loaded my truck and drove 8 hours to Nighthawk Paintball outside of Spokane, WA for their annual Mortar Wars game. I ended up having a great time there, and will provide a more in depth review of the weekend in another post. I camped out Friday and Saturday night, and because I’m used to getting up at 5 am for work during the week, I found that sleeping in for me meant I was awake at 6am, with the event not starting until much later in the morning.

All year I’ve been fighting with my TiPX to get it to work properly – I kept venting CO2 out of the velocity adjustment screw and emptying a cartridge in seconds. I’ve disassembled and reassembled the marker several times. Replaced every o-ring I could, I even tore apart the regulator and replaced the o-rings in it as well. Nothing. No change. Kept venting. The best I could get was at SuperGame 50 back in May where upon puncture it would slow leak a little bit, but if I put my thumb over the screw I could hold it in long enough to shoot out a magazine. To say I was frustrated with it was an understatement; I threw it in my gear bag and promptly forgot about it while I took a break from paintball for the summer to address some health issues I started dealing with.

At Nighthawk this past weekend, up at 6 on Saturday and with several hours to kill, I decided to re-address my TiPX issue. Tore it down again, re-lubed all o-rings, performed a thorough cleaning, put it all back together and….same issue. CO2 cartridge emptied in seconds. *Expletive*. Frustrated and defeated, I set it aside and went about prepping the rest of my gear for the weekend’s event. A little fresh lube in the right places, paint loaded and prepped, vest loaded out for today’s load and I was good. Went to the chrono once it opened to test fire my BT4 and while I was adjusting the velocity I suddenly remembered a little tidbit about the TiPX velocity screw that just might fix my issue.

If you look closely at the adjustment screw, there is another, smaller one inside. The tidbit I suddenly recalled was that if you’re experiencing the issue I was having, turn both the inner and outer screw’s fully clockwise (to the right). Folks, it worked. Oh boy did it work. I inserted the CO2 cartridge, pulled the trigger and…no venting! Hooray! Loaded a couple of magazines, grabbed my allen wrench tool and my mask and darn near skipped in joy over to the chrono area to see if adjusting the velocity would cause another leak (part of the issue I was having before, if I set the screw at a certain point it wouldn’t leak, but as soon as it moved from that point it would leak again).

First shot over the chrono – 456fps and the TiPX kicked like it’s never kicked before. You could feel the raw power of a shot from a few feet away, it was nuts! A quick side note here – my TiPX is all original minus the barrel, where I am using a Python Paintball barrel sizing kit and I had sized my paint (Valken Graffiti) to .685. Now the moment of truth – adjusting the outer velocity adjustment screw, would it vent again if I adjusted it? I inserted my allen wrench and slowly at first, tentatively, I started turning. No venting so far, I kept going until I thought I moved it enough to drop the velocity down to a safe level – nope, 375fps. Turned some more, another three shots over the chrono – 340fps and no venting. Swapped magazines, threw caution to the wind and really cranked down that velocity screw. Next three shots over the chrono: 180, 176, 190. Still no venting! Backed the screw back out a few turns and finally, after all this time, she chrono’d at a safe and reasonable 260fps (field limit is 280fps) without venting!

I was so happy and relieved, I was excited to once again carry my favorite side-arm onto the field with me. It wouldn’t be until Sunday that I dropped my rifle and my vest, pulled out my TiPX and went hunting inside of some buildings with it. It performed flawlessly for the round I had it out, and I couldn’t be happier. I’m looking forward to running the fields over the next several months with my once again trusty TiPX at my side!

CJ Droma
CJ Droma has been playing paintball since 2008. Naturally mechanically inclined, he loves showing the "Why behind the how" and the tech behind the gear used in Paintball.
Recommended
TiPX
MORE
Read More
4006 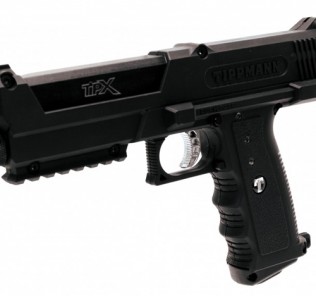